6 Iconic Motorcycles Everyone Should Know 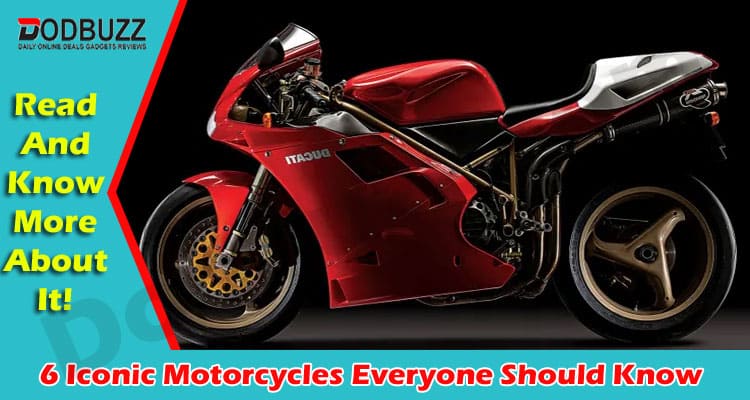 Check out the top 6 Iconic Motorcycles Everyone Should Know as we take a quick look at each of these motorcycles. So, scroll down the entire write-up.

Do you love riding bikes? In the world of motorcycles, there are many brands and even more models to choose from. The industry is so competitive that manufacturers will launch a new model yearly, devote big bucks to advertising the product and more.

6 Iconic Motorcycles Everyone Should Know

Choosing just a few iconic motorcycles can be a challenge. We’ve attempted to narrow it down to 6 Iconic Motorcycles Everyone Should Know, and that will have even the greenest of riders talking with ease and in total confidence.

There’s no denying that these six motorcycles have played a major part in shaping the world of motorcycling and have helped change popular culture. It’s been a long time since many of these bikes were released, but their popularity hasn’t waned.