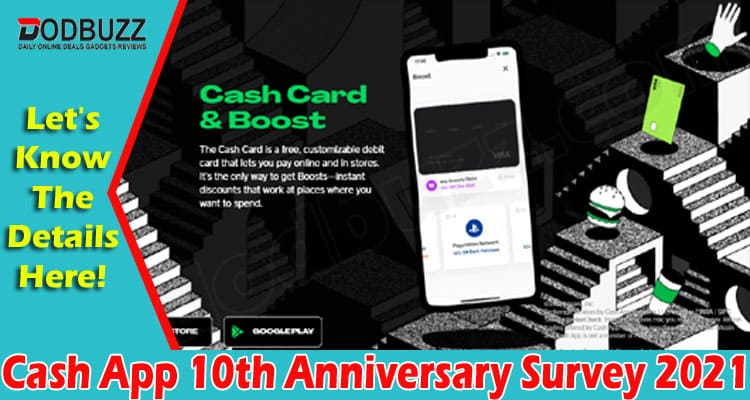 Are you receiving messages with links claiming to offer rewards for taking the online Cash App Survey? Please, don’t click on the link as it is a scam.

Users of Cash App in the United States are getting messages with a link on messenger. Recipients are urged to click on the link to take the online survey. However, it is the new scam circulating online and must be avoided.

Scammers are claiming that it is the Cash App 10th Anniversary Survey, and upon successful completion, they would get rewards. But, it is a scam and must be avoided.

What is Cash App?

Cash App is the registered mobile payment service operated and owned by Square Cash Inc. the mobile application allows users to send, receive, spend and save their money. It is a free, fast, and safe mobile banking application.

The services of this mobile application are available in the UK and the United States, and to date, the application has registered 36 million active users. The service was first launched on 15th OCT 2013, and in 2015 the services were launched for businesses. The platform also expanded its horizon for BitCoin trading in 2018.

It is already mentioned that the Cash App message with survey link is a new scam circulating on messengers. There are many factors to support this claim. Let us check why it is considered a scam.

What Recipients of Messages Have to Say?

After evaluating, we found a few comments from the Cash App 10th Anniversary Survey messages recipients. As per their comments, the survey is free, and there are no rewards or gifts available after taking the survey.

They confirmed that they got a message with the Cash App logo and a suspicious link. So they are asked to click the link and take the online survey. After the survey, IP search is started, and after a few minutes, they get a message saying that they are on good IP.

So, it seems to be a scam and must be avoided.

Cash App is the popular mobile banking application that is safe, fast, and secure. However, scammers are sending Cash App 10th Anniversary Survey messages to random numbers to steal their personal details. The message is being circulated on the messenger app with the logo of the Cash App. If you receive such scam messages, delete them and never click on any link or share your details.

Do you have any updates regarding the scam message? Then, please share it by leaving a comment below. Also, read here how to stay protected from online scams.